How to create a powerful fundraising video 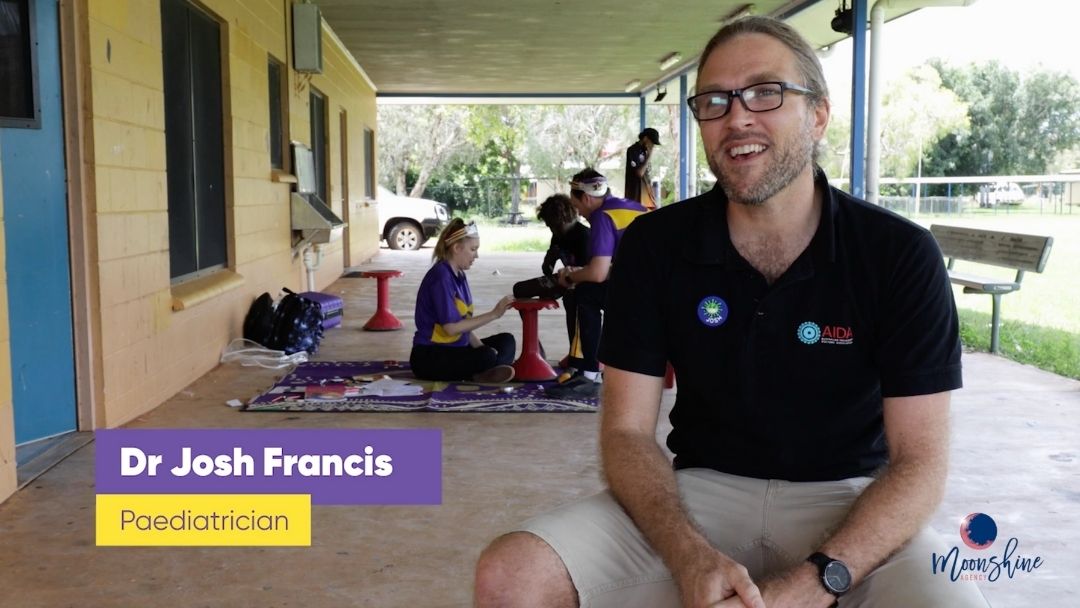 How to create a powerful fundraising video

In 1979, The Buggles told us that video killed the radio star. More than four decades later, video is completely crushing marketing communications for NGOs, non-profits and change makers.

Today, videos are being made by anyone and everyone – from the influencer you follow on Instagram, to your aunty’s cousin’s sister’s friend. Even your next-door neighbour has likely tried their hand at it. But not all videos are created equal. And while you might think that all you need is the latest device and a reliable internet connection to get your latest campaign rolling, there’s a little more to it.

I mean, you don’t just want to make a video, publish it online and then …. crickets. Right?

Of course not! You want to create an awesome video with a great story that can move viewers to action.

Action means many things, but for most of the groups we partner with, it’s about getting viewers to dig deep and donate. This is why in this post, we’re going to give you some insider tips and tricks to help you create a powerful fundraising video.

Let’s get into it.

When it comes to raising funds, nothing can compete with a well-told video story

We truly believe that video is one of the best ways to tell your nonprofit story – but the truth is all of us (including your audience) is overwhelmed by content these days.

The good news? Video is one of the best ways to cut through the clutter because it’s such an appealing way to share stories.

We’ve always known that video is the most engaging online content available to nonprofits, but way back in 2013, it was revealed that 57% of people who watch a compelling video go on to make a donation.

The statistics don’t lie: when supported by a moving story, video cuts through, holds attention and can inspire current and potential donors to get behind your cause.

The use of images and sound together make it so easy for people to quickly understand and be persuaded by the story you’re trying to tell. When done right, your video can foster an unbreakable connection between your organisation and its supporters.

What’s more, an engaging video can easily be passed on by your viewers, increasing its reach and your fundraising potential.

But let’s not get ahead of ourselves. Before crafting your winning fundraising video story, the first question you and your team really need to ask is, ’what’s the goal?’

What are you hoping to achieve with your video? You need to be smart about this. Getting 100,00 views isn’t a goal. Driving 100 new donors is.

You may not land on this instantly– in fact, it might take a few workshops to pinpoint the right goal. But all that extra time will pay off in the long run (pardon the pun – sort of).

Choosing a messenger for your fundraising video

Once you know your video’s purpose, you can start to wrap a story around it. And we don’t mean putting a few facts and figures on screen and calling it a day.

To rally new supporters, you need to show the impact of your work. You know what we’re talking about – the experiences of those who have had their lives transformed because of you or your organisation. You’ve got plenty of those, right?

By sharing the stories of those who have directly benefited from your organisation, you’ll be showing future and current donors what their hard-earned dollars will actually go towards.

Industry leaders, team members and those ‘in the field’ are also excellent talent for fundraising videos. They can help to set the scene, talk authentically about the work and help viewers understand why they should care about your cause.

We like to call anyone featured in your video the ‘messenger’. They are often an overlooked piece of the puzzle when it comes to creating a fundraising video (or any video for that matter) but they are absolutely crucial.

If you want to create a fundraising video that actually…er… raises funds, you need someone who clearly believes in the mission, goals and values of your cause. And that person must be able to communicate that passion to an audience.

We’ve actually written a whole separate blog piece on this topic, so if you’re scratching your head wondering what we’re talking about jump over here.

Fundraising videos can open hearts to your cause

We know that videos are so much more than entertainment. They play with our emotions, create connections and completely shift our perspectives.

The Moonshine Agency team has been lucky enough to help dozens of leading NGOs and nonprofits around the world create compelling video stories that raise awareness and boost funding.

We’re about to get very meta now and share an example using a video. Here, Mike will walk you through the elements of a great fundraising video – one we made with the Starlight Children’s Foundation – frame by frame.

It might only be 3 minutes long, but it tugs at your heartstrings in the best way, doesn’t it? And that’s the beauty of video – you don’t need a lot of air time to get the right message across. They’re also easy to cut down to create even shorter videos to share across channels like Instagram and Twitter that don’t support longer-form videos,  but where there are plenty of active and engaged users.

We talk more about versioning over here.

While there’s a lot about the Starlight Children’s Foundation video that works, a key element of this video is the all-important call-to-action. Because if you don’t ask your audience to do anything at the end of your video – that’s exactly what they’ll do! Zilch!

So what makes for a strong and compelling call-to-action for your fundraising video? It sounds simple but active words like ‘donate’ or ‘give’ pack a lot of power. Be clear, concise and distinct – and never be afraid of telling your audience exactly what you’re asking them to do. Which is generously giving to your cause or organisation so you can continue to do amazing work!

If this blog, or this video from the team at Starlight Children’s Foundation, has got you thinking about how you could use video storytelling to supercharge your organisation’s mission, flick us an email at hello@moonshine.agency or leave a comment below.