Why your video needs a format 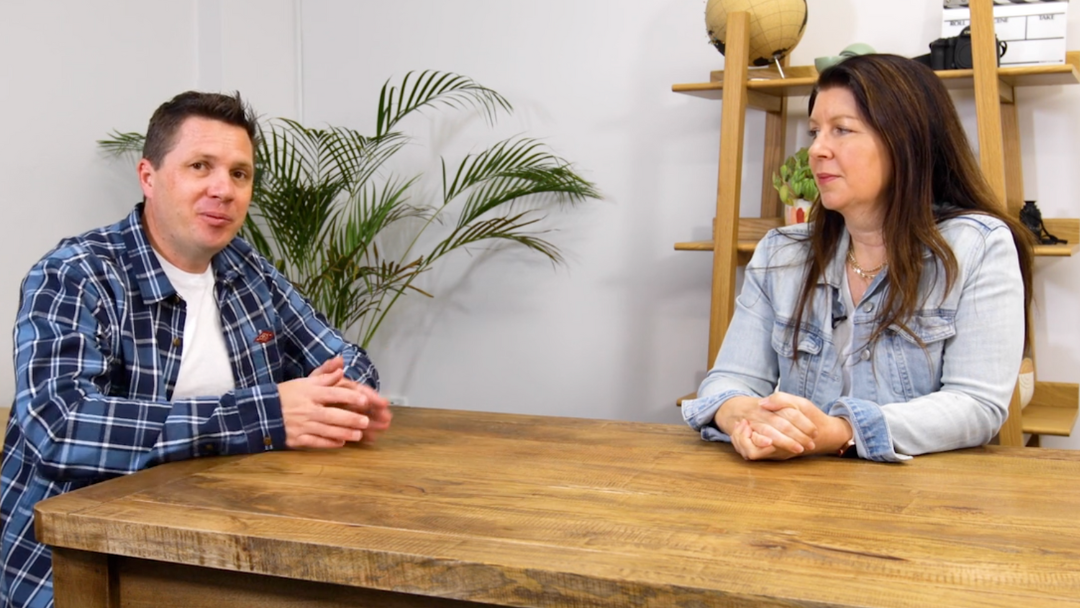 Why your video needs a format

Video format likely isn’t a word that lights you up. But in this episode of Moonshine Moonshot, Mike and Sue will show you why it should.

They employ a format for almost every video they create at Moonshine Agency – from 2 minute shorts for Facebook,  to impact documentary films that are shared on the silver screen, right though to this weekly series.

So why are they so important? Put simply, both Mike and Sue firmly believe that crafting a video format is one of the best ways to entice your audience and keep them coming back to your content again and again.

In this episode, they’ll walk you through what a format is, why you need one and how to develop one for your next video project.

We know that sounds a little run of the mill – but it’s a cliche for the reason. Plus, there actually is a little more to it.

It all begins with an introduction. In every episode, Mike and Sue do a general greeting and a brief overview of the topic they’re about to talk to.

Then they quickly progress to the juicy middle, where they’ll expand the topic on their mind. Usually, they’ll break it down into three bite size chunks of information or ideas so it’s easier for viewers to digest.

From there, they’ll end the episode! They’ll go over what they talked to and sign off with a very important call to action (which is – of course – subscribe to the channel. Go do it now!

And that’s it. That’s the formula. Sometimes, you’ll hear from the ‘big guy in the sky’ (aka the voice over artist). We might also work in some sound effects or on screen graphics to help transition between the intro, middle and sign off.

You can learn a little more about these techniques in our four PART capsule series on creative video production. Here’s the link to post one.

Don’t forget your call to action

This is a key component of your video format. How else will your viewers know that to do after watching your film? Like we said in the previous paragraph – Mike and Sue always sign off the Moonshine Moonshot episodes with a ‘subscribe’ call to action.

But you can mix up what you’re asking your audience to do – even if you’re creating a video series. Maybe you want them to join your newsletter. Buy your product. Watch another one of your videos. Or follow you on Facebook. There are lots of options and your content will dictate what’s right.

I hope that this post has helped you understand the value of developing a format for your future video projects.

But be mindful that it’s an essential part of your video’s format.

If you’re not quite ready to hash out a formula for your next video project, scroll up and watch episode 24 of Moonshine Moonshot, Mike and Sue discuss it much greater detail, so you’ll be up to speed in no time!

Or feel free to get in touch – we’d love to help. Leave a comment below or flick an email to hello@moonshine.agency