How to use wardrobe, set dressing and location to make the most of your movies 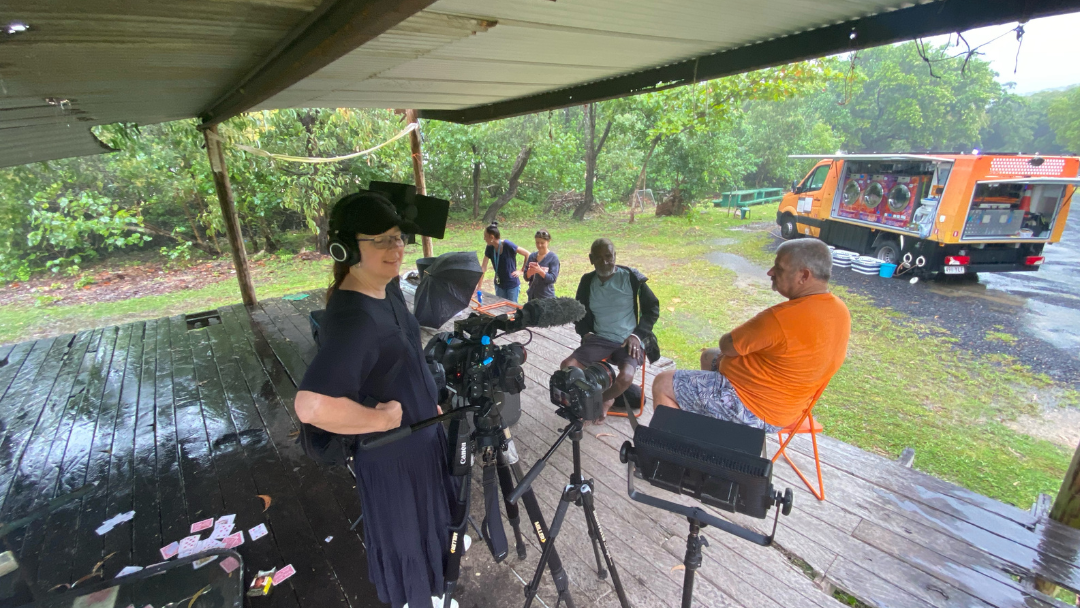 How to use wardrobe, set dressing and location to make the most of your movies

This article is the fourth instalment in a four part series on creative video techniques. Because if you’re investing all your time, money and energy into a short film or video, the last thing you want is for it to be a total snooze fest, right? Of course we’re right. No one has the patience to suffer through a boring video. And a boring videos is never going to seed the impactful and meaningful results you’re after.

If you skipped past parts one, two or three, we suggest catching up now and coming back to post four when you’re up to speed. In these earlier instalments, we looked at camera angles, specialty shots, on screen performance, lighting and graphics – just to name a few. It’s worth the backtrack, trust us!

So what’s in store for part 4? Well, this time we’re zoning in on location, set dressing and wardrobe. All of which will take your video production value to new heights.

Mix up your wardrobe

Let’s just put this out there from the get go. Sometimes, image is everything. Video production is one of those times. Which means what you or your talent wears on screen really does matter.

Now that doesn’t mean your have to go on a designer shopping spree before you roll camera, but you do want to give some thought to what you choose to wear. That being said it can be tricky to pinpoint exactly what will work when you get on set. So we often recommend that you come prepared with a few options to choose from.

You want your wardrobe to reflect the environment you’re filming in (without completely blending in) and the mood you’re trying to convey on screen. If it’s a dramatic, perhaps even sombre scene, a neon coloured party dress will probably give off the wrong vibe.

Likewise, an all black power suit when you’re capturing a laid back social setting probably won’t cut it.

Food (or perhaps that should be fashion) for thought.

Ah, the term ‘on location’. It’s music to most filmmakers’ ears. The chance to capture amazing video stories on a tropical island, a major city centre or on the rugged coastline of some sleepy seaside town. All of it sounds pretty dream like, especially in the post-lockdown era.

And you know what, it really can be part of the job. As impact filmmakers, we’ve been lucky enough to film stories all over the world. The US, the UK, Fiji, Italy, Sri Lanka, India. Even the Top End of Australia. Yep. Been there, filmed that.

But the reality is that a lot of film shoots take place at a studio. Or a workplace. Perhaps in a lab or even someone’s home. And that’s completely fine. Because these locations often make sense to the story that is being shared – and that’s an incredibly important piece of the puzzle. Sure, it sound great to say that you’re jetting off to Barcelona to film your next corporate video but if that video is trying to convince viewers in New Zealand to engage your services, you’re probably not going to be doing yourself any favours.

Plus, we promise the shoots that use ‘every day’ settings can be just as creative.

Play around with set dressing

Even though we’ve filmed right around the world for most of our film projects, we’ve filmed just as many on home soil. We’ve even shot a few at our own HQ! It’s actually where we shoot the Moonshine Moonshot YouTube series every week.

So how we keep things interesting on set? Well, that’s where set dressing comes into the mix. Learning to set dress is an important skill to develop for all filmmakers – trust us!

If you film a regular video series like we do, switching out your props can make a huge difference. For example, in each episode we always ensure one of our film posters is on display – but we have a different one in view every episode. You could achieve something similar with your own artwork, favourite books or pot plants to add a little greenery.

Spinning the camera angle by 180 degrees to show an alternate perspective of your set is another easy but effective (and super engaging) approach.

Here are a few things to consider when dressing your set:

Go on, get creative with location, wardrobe and set dressing

These are just some of the techniques we swear by to make super creative and impactful videos. We cover a few more of our secrets off in parts 1, 2 and 3 in this mini series. Check them out via the links below:

Part 1 – to learn all about camera angles, camera movements and speciality shots

Part 2 – to learn all about performance, sound effects and narration

Part 3 – to learn all about lighting, graphics and music

And if you want to keep learning form our team, be sure to subscribe to the Moonshine Moonshot series over here. We have a podcast too!