What is Outreach in Filmmaking – Ep 16 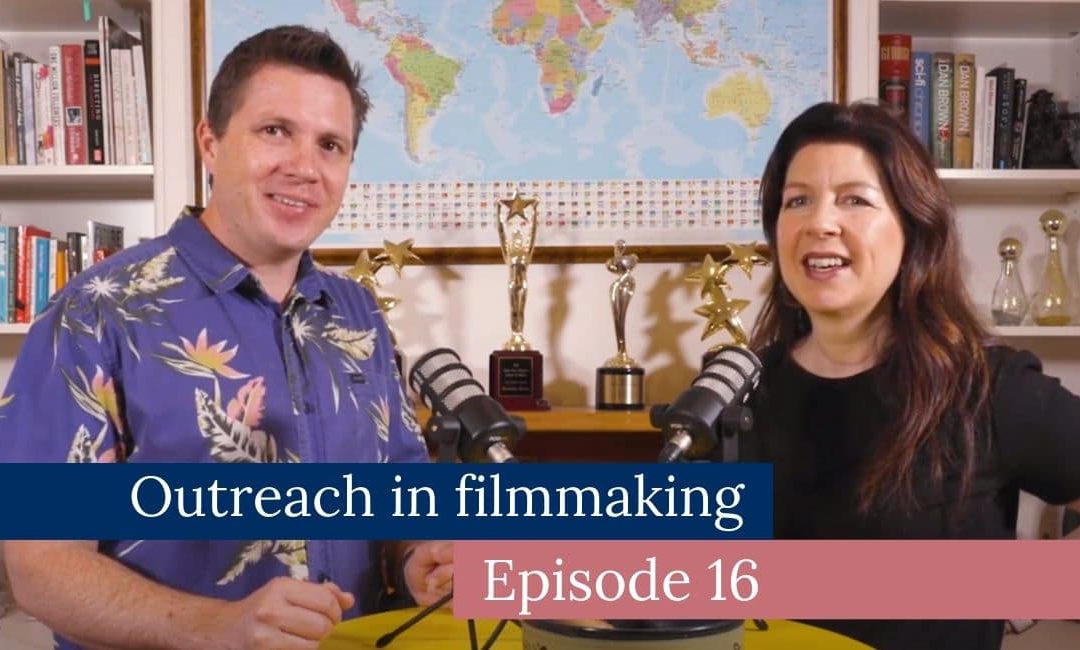 What is Outreach in Filmmaking

Outreach is a central element in filmmaking. But what actually is it?

Well, think about it. Once an audience has seen your film, what do you want them to do? Surely it’s more than just watch, right? Do you want your film to shift public perception? Change behaviours? Create a lasting social impact?

Whatever you’re striving for, you’re going to see much better results if you can create an outreach strategy before you roll camera, rather than once it’s out in the world. So we’re going to show you how.

Outreach in filmmaking vs Distribution

Outreach and distribution are often confused, but they are distinctly different aspects of the filmmaking process.

Way back when we were producing our first impact film Life Before Death more than a decade ago, getting our heads around the two terms was extremely difficult. Sure, the differences between outreach and distribution are very clear to us now ten years on, but we also understand how challenging it is when you’re new to filmmaking.

Right now you might be thinking, ‘If it’s that important, I’ll figure it out as I go along.’ And that’s ok, you can. But if you want to create real change in the world, preparing a clear and measurable outreach strategy will ensure you make the greatest impact.

How is distribution different to outreach?

Firstly, what is film distribution? These days there are endless ways to get your video on screen and the landscape is constantly changing too. Are you thinking about a theatrical release? Video on demand? YouTube? Maybe it’s a combination. The next challenge is around who will help you distribute your film. Will you do this yourself, or are you considering using a professional distributor? It’s important that you research all your options to ensure you get your content in front of an audience while also seeing a return on your investment.

But that’s not what this blog is about, so if you want to learn more about film distribution, we’ve dedicated an entire episode of the Moonshine Moonshot series to the topic. Learn more here.

So when does outreach come into play? Well, that’s all about what happens next.

Once your film has been available and accessible through a variety of platforms, how will you let people know about it? And what do you want your audience to do once they’ve actually seen it?

Do you have a call to action? How will you inspire them to spread your message?

Let us walk you through an example.

You’ve just watched a powerful ﬁlm on TV and afterwards, you might tell someone about it or discuss the issue raised with the people you live with. But essentially that’s it.

You watched. You learned. Now back to life.

But…if you watched the ﬁlm at your local library or in a cinema and afterwards there was a panel discussion about the topic in the ﬁlm and you’re encouraged to ask questions or do something – that’s outreach.

Outreach in filmmaking is how you get your audience involved, it’s the steps you take to inspire tangible action that benefit your cause.

Essentially, you influence the audience to do more than just watch. Even if they view your film at home on their TV, outreach means following up with them and asking them to contribute in some way, no matter how small.

This can be difficult with broadcast TV as you have no way to know who has watched your film. This is why calls to action at the end of your film are a critical outreach tactic.

What outreach tactics should I use?

If you’ve done your job as a filmmaker, at the end of your ﬁlm your audience will be reeved up and looking for a way to get involved.

It doesn’t matter how simple it is, but if you don’t take advantage of this opportunity, viewers will go back to their lives and forget about your film.

Ask them to go to a website and sign up for more information. Or make a donation. It might be as easy as introducing the film to a friend.

What you want is to take your audience from passive consumer to active participant. That’s outreach in filmmaking.

Here are a few simple but powerful ways to engage your audience and find new ones:

How has Moonshine Agency used outreach in filmmaking?

In 2013, we were working with an amazing group called Common Ground, who had identified homelessness as a major crisis in Canberra, Australia. There was an insufficient amount of social housing available in the city, so Common Ground engaged us to make a series of short films to raise awareness for the issue.

The films were shared online and at film festivals around the country, but the outreach involved taking the films to Australia’s Parliament House, inviting homeless Canberians to the event screening and asking them to share their experience of sleeping rough.

There were also several other fundraising events styled around the screening of the films and Common Ground was successful in raising more than $50 million to build new, affordable and safe accommodation. Lives were transformed.

Impact can take all types of forms. It’s likely impact will depend on what you’re passionate about, and what your mission is too. It’s also essential that you find the right groups to collaborate with who care just as much as you do about the message you’re trying to convey.

Just like distribution, we have an episode dedicated to impact. Head over here if you’re keen to know more.

Outreach really is important in filmmaking

As a filmmaker, we know you’re more interested in producing videos, not outreach campaigns. But there’s just so much to think about when it comes to filmmaking, which is why we made this series.

We delve even further into making outreach work as part of your film’s strategy in this episode of the Moonshine Moonshot series. Scroll down a little further to watch now, or listen to the audio podcast if that’s what you prefer.

Creating an outreach strategy will enable you to maximise on the impact your film can have and ensure you get the most out of your work.

We look forward to hearing from you!