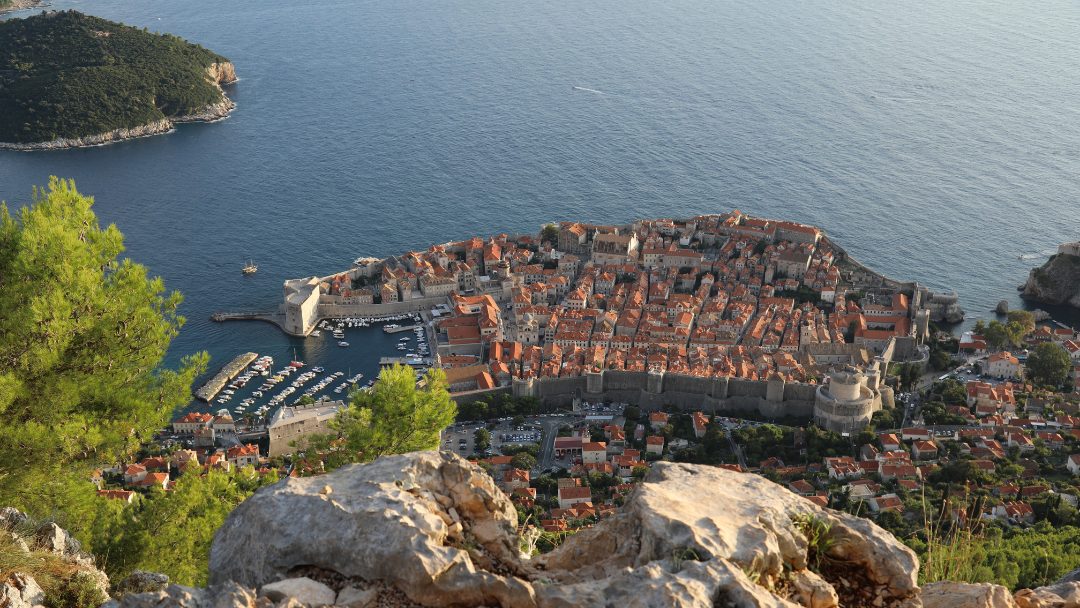 New to filmmaking? It’s easy to get lost in all the lingo. Between tight framing, zoom lens, b-roll, cross-cutting and overlay, you might end up wondering if you found yourself learning a foreign dialect instead.

And it’s true. Filmmakers do have their own special language. The good news is that you don’t need to become fluent overnight. Phew!

But b-roll is definitely one terminology to get well acquainted with even when you’re just starting out. Why? Because b-roll is a big deal and learning how to apply it in your videos will make planing and executing your next shoot way easier.

Plus! Here’s a fun filmmaking fact for you: b-roll and overlay actually mean the same thing. So you can become an expert in these two terms in this single blog post. Talk about a win.

To keep things simple though, we’ll just stick to using b-roll this time round. But feel free to interchange it with ‘overlay’ in your mind if you like variety. It’s the spice of life after all …

Ok, enough chit-chat. Let’s get you up to speed on all things b-roll related.

Firstly, what even is b-roll

B-roll refers to footage that is placed over the top of other footage to keep videos more engaging for viewers.

Once only seen in feature films or documentaries, b-roll can be spotted in almost every professionally produced video these days. In fact, we rarely (if ever) make a video without it!

But if you don’t understand what b-roll is, you won’t know when – or how – to use it correctly. So let’s fix that problem!

You may have heard the term in passing and just though it meant “extra shots” that were left over after you edited your video together, or scenes you cut out from the finished piece. But b-roll is (mostly) intentionally captured – and you definitely need to make time to grab plenty of b-roll on shoot day.

Sure, you can also use archival or stock footage as b-roll in your video productions but it’s best to capture some fresh and unique b-roll each time you’re on a shoot.

If it helps, try thinking of of b-roll as a means to show your story. When introduced thoughtfully, it will add emotion and depth, which will ensure your film is much more interesting for your audience.

Let’s say your primary footage is an interview with a medical professional talking about a particular treatment. In that instance, your b-roll might show a patient receiving said treatment.

Here’s another example. You’re making a video about building a new school but you don’t want your messenger to spend three minutes taking about the location. So instead, you use b-roll footage to visually demonstrate the environment to viewers. This might mean capturing the construction zone, surrounding landmarks or the students enjoying the facilities.

Brilliant! Now, you need to get into the habit of capturing b-roll

Because eventually that b-roll will become your own personal library of footage that you can draw on for other projects. It might even inspire its own film!

But the only way to use b-roll is if you have it.

And that means including time for it in your shooting schedule. Allowing an extra 30, 20, even 10 minutes on shoot day to capture high quality b-roll footage can truly make a world of difference and will take your video from snooze-fest to award-winning. All it takes is a few extra shots and transitions.

So let’s learn a little more about those shots ….

Our top 6 shots for amazing b-roll

These shots will help set the scene, mood, place and time for what your audience is about to watch. We’re big fans of using a drone to capture this type of material [insert example]

Wide shots typically show the entire subject (human or object) within their surrounding environment. This is a filmmaking staple and can be spotted in just about every video out there. [insert example]

Much closer in than a wide shot, a mid shot is taken at medium distance from the subject. If the focal point of your scene is a human, a mid shot would frame from their torso upwards. [insert example]

Even if you’re a filmmaking novice, you’ve likely heard of a ‘close up’ before. It’s when the videographer crops nicely into a subject’s face. Close ups are great for building intimacy between the hero of your video and your audience, but we suggest using them sparingly. They can feel a little awkward if overused. [insert example]

Usually taken roughly 180 degrees opposite of the shot prior, reverse angle shots are great for capturing interviews or a dialogue between two subjects. They give the audience alternating perspectives of the same scene. [insert example]

A cutaway shot is a shot that “cuts away” from the main scene to focus on something else in the space, such as an object or location, to enhance the story.

We promise b-roll will make your video better

Because you don’t want to end up in the editing suite only to realise your subject is talking about something that needs to be shown visually! *face-palm*

But b-roll will also help you create a more dynamic video that is far more interesting and engaging for viewers. And that means your audience will simply have to keep watching. Which is what you want, right?

So the next time you’re planning out where and when you’re filming, make sure you allow sufficient time to capture ample b-roll. That way you’ll have an entire bank of footage to work with again and again.

If you’re a budding filmmaker or communicator looking for simple tips to improve your craft, you should check out our YouTube series Moonshine Moonshot. We have a ton of episodes covering everything from impact storytelling to content marketing. Head here to devour them all, and please don’t forget to subscribe while you’re there!