Cinema audience vs YouTube audience – is there a difference? 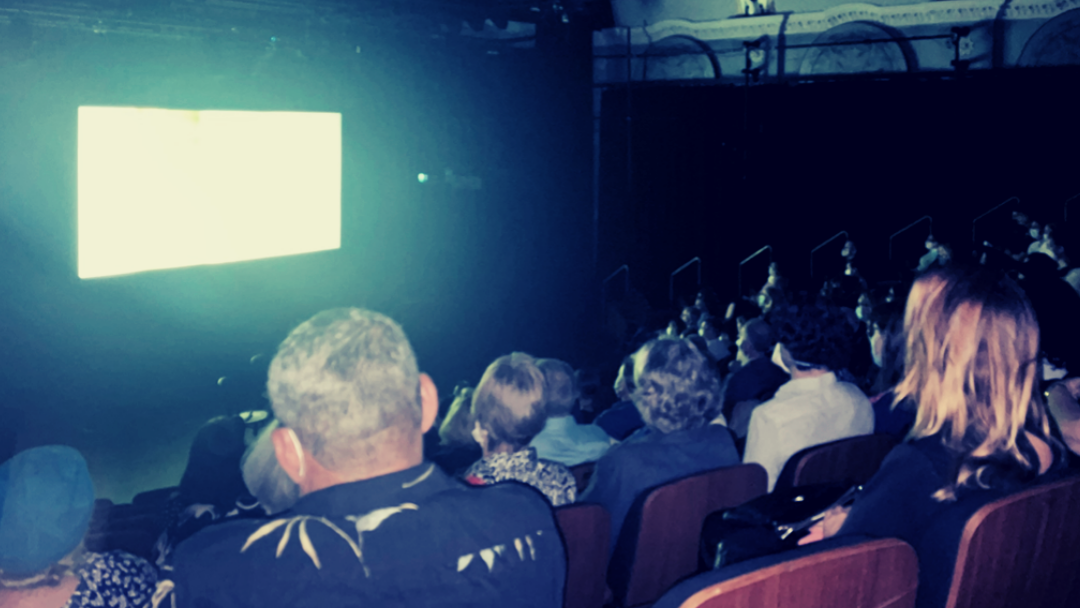 Cinema audience vs YouTube audience – is there a difference?

This week we’re discussing all things audience again. Yes, “audience” comes up pretty frequently in our posts but it’s because understanding your audience is one of the most important things you need to do before embarking on a film or video project.

But today’s post is going to be fun because we’re not simply talking about why knowing your audience is so critical. Instead we’ve decided to dive deep on a specific type of audience. Two in fact.

And yes, you might be thinking that people who enjoy watching films at the cinema also watch YouTube videos. Which is correct – our entire team falls into that category. Maybe you do too.

But your audience’s expectations for YouTube and the cinema are quite different, which we thought was worth discussing. Because going to the cinema is a unique experience that you need to specifically set aside time to do.

Sure, you might decide on a whim to buy a ticket to a movie you’ve been meaning to catch for the past two months – but it’s usually because you’ve found yourself with an unexpectedly free afternoon. It’s not something you seamlessly weave through your day while you’re commuting to and from the office.

Most of us usually approach YouTube in a more passive way. Take some time now to think about the way you consume videos on YouTube. It’s probably while you’re waiting to pick up your kids from school, on the train to work or while you’re preparing dinner for your family, right?

You’re not alone. That’s exactly how the the majority of the population watch online videos.

(Except the Moonshine Moonshot series – that’s something you should schedule in weekly [wink face]. Here’s the link to subscribe),

Cinema audiences are after an experience

Some commentators out there might say that “cinema is dead” (a word of advice: never utter that phrase to a filmmaker) but you’d be hard pressed to find a person that doesn’t enjoy a trip to their local theatre.

Yes, it can get expensive – especially if you’re a family of four or five – but if you pick the right film, nothing quite beats it. The essential snacks like popcorn and post-mix soft drink. The cushy, lazy-boy style lounge-chairs. The dimmed lighting and surround sound.

As soon as you enter the foyer, you’re transported to a world outside of your own. In under three hours or less!

At the cinema, you have a captive audience. It’s one of the best locations to showcase your documentary feature, suspenseful thriller, drama-comedy or horror film.

If you host a screening of your film at cinema, nine times out of 10, your audience will make a conscious effort to attend. It might be because they know the person you cast in the main role. Or because they’re interested in the story you’re telling. Maybe the respect you as a filmmaker.

Whatever the reason, you have their attention. But with YouTube, it can be much harder to keep your audience focused on your content – so you need to tailor it a little differently.

As a rule, most people enjoy YouTube videos that are on the shorter side (videos between seven and 15 minutes perform the best).

While entertainment is certainly a reason audiences flock to YouTube, in most cases they’re going there to learn something new. YouTube Playbook for brands says that practical how-tos and informational-style content tends to score highly on the platform.

And it’s all types of tutorials too – from understanding the stock market to tips for tie-dying your own clothes, you can find it all on YouTube.

Unlike the theatre, we’re you’re audience is committing to a good 2 – 3 hour session, with YouTube they’re more likely to dip in and dip out as your day unfolds. So you should produce your content accordingly.

Now is probably a good time to ask yourself ….

Cinema audiences vs YouTube audiences: What type of video do you want to make?

Knowing this will help you understand where to share it.

The good news is that you don’t have to pick one or the other – you can create different variations of your film or video to suit the cinema and YouTube. Which is something we do for pretty much all of our impact films.

Our latest project Take Heart: Deadly Heart – which is actually a sequel to a film we produced in 2016 – premiered in both Melbourne and Sydney in March at two independent cinemas. Since then, it’s been shared right around the country on the big screen.

Deadly Heart was designed to be watched at the cinema – sweeping shots of country, a diverse cast and moving pieces to camera.  But the project also has its own YouTube channel where we publish shorter, more educational style content.  While these short films compliment the feature –they’re targeting a different audience.

And to do that, we had to know exactly who we were talking to.

So here we are again – talking about needing to know your audience. It always seems to come back here, doesn’t it?

If you’re having trouble figuring out just who that audience is, then we think you’ll get a lot out of our online course Define Your Ideal Audience. But if you’re not ready to take the plunge, head over to the Moonshine Communications Academy. We have a stack of free resources that will help too!