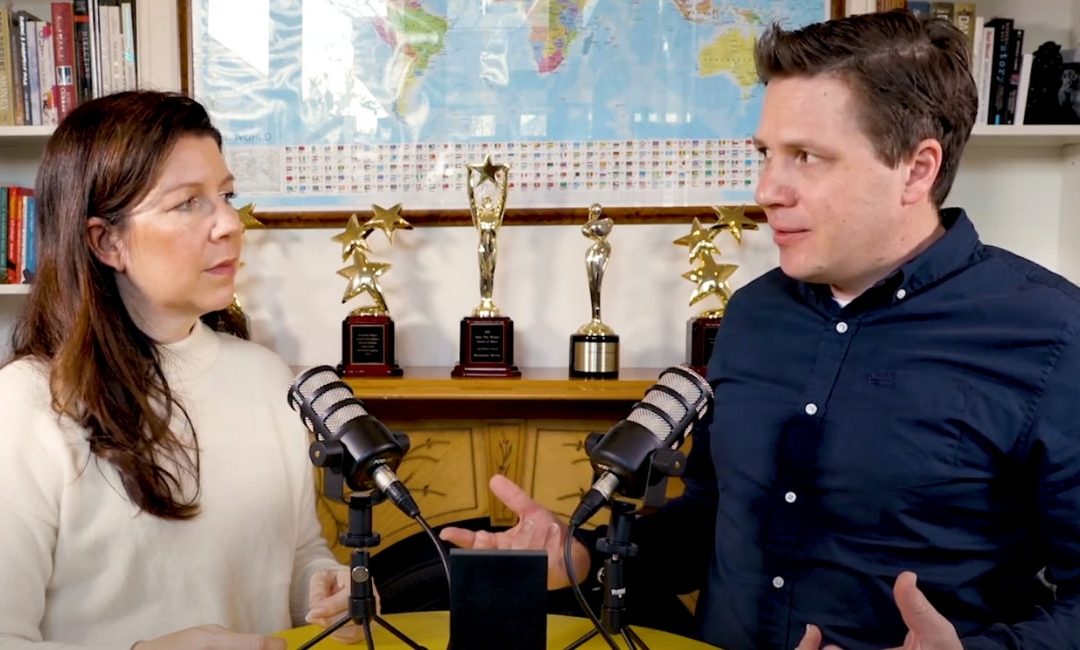 There are a lot of videos out there – so how do you create one that communicates your message effectively?

As impact filmmakers, we are always challenging ourselves to look forward, think longterm and reach for the moon. We’re constantly striving to make an impact with our messaging and we’re often finding new ways to effectively communicate with video.

Today, it’s no secret that video is being used more and more frequently. But how to you ensure your video cuts through, connects with an audience and actually makes a difference?

People watch a lot of video

Did you know that by 2022 it’s predicted that a whopping 82% of internet traffic will be video? That’s a lot of video-hungry consumers.

Way back in 2017, Cisco estimated that the number of video-users would grow from 1.4 billion in 2016 to 1.9 billion in 2021. The demand for video content eclipses almost all other forms of media, but how do you use it to communicate with the right groups of people?

While some audiences are searching for food-related content, like recipes and cooking demonstrations, others might be more interested in video purely for its entertainment value or even to learn a new skill.  The greatest challenge is reaching the viewers who are actually interested in what you are offering. The last thing you want is to have your video land in front of someone who isn’t interested in your product, service or message – right?

We know that the market is saturated, so even if you have a unique voice or genius point of view, if you can’t communicate it to the people who will actually care about it, it won’t make an impact.

So how do you do that?

Be engaging and persuasive

The ability to tell stories and use those stories to transmit meaningful messages is a skill as old as time itself. But it also doesn’t necessary come naturally to many of us.

Being engaging and persuasive with storytelling is a true skill and something many people develop over time – even those in the business of storytelling!

But video is one of the best methods to connect with an audience because it can carry and trigger emotion so effectively. And one of the surest ways to be persuasive is to elicit emotion from your audience. You need viewers to feel something if you want them to follow through with your call-to-action.

You don’t even need to incorporate fancy graphics or overlay into your videos – a simple piece to camera can work just as well. It all comes down to delivery. Which means it’s essential to master the art of persuasion if you are going to effectively communicate with video. What you really need to do is practice, practice, practice.

One key way is to spend time speaking through your stories with different groups of people who can provide honest and constructive feedback. You might feel embarrassed to begin with, but the more often you do it, the more natural it will feel – we promise.

There are so many reasons to use video

Did you know that on the whole, humans process visual data far faster than other forms of media?  In fact, studies have shown that our brains process images 60,000 times faster than text.

Humans are visual creatures, which is why our brains are attracted to video content. According to research, most viewers are able to remember 95% of a message when it’s watched, compared to only 10% of text-based messages. And actually, about 90% of the information our brains process is visual. Wow!

This is why on-screen interviews, live-streamed content and social media videos are so popular. But video is also making its way into other forms of marketing, including internal communications and ‘how to’ guides.

Educational content, demonstrations or other tutorial-style tips work well on video because the ‘show, don’t tell’ principle doesn’t just apply to writers – it’s a rule all content creators can abide by.

To communicate effectively with video, you need to remain clear  – and connected with your audience

While video can be an effective, engaging and persuasive form of content, often it falls flat simply because it hasn’t been tailored for the right audience.

With video, you want to ensure your message is succinct, easy to understand and authentic. You might also need to accept that you’re just not the right person to be delivering the message. Even if you head up your organisation, spearheaded the initiative you’re try to promote or you outlined the mission in question, if you can’t communicate your passion to an audience, it probably won’t cut through.

But don’t panic – we discussed how to find the right messenger for your communications effort on a previous episode of the Moonshine Moonshot podcast series. Check out ‘Who is the messenger’ here.

Nobody wants to spend hours creating video content that no one likes, shares, or even watches. So our advice is to stop making boring videos. No matter the length, content or style – if the content is delivered authentically and emotionally, you’ll have a better chance of communicating effectively with video.

We know it’s hard to communicate well, which is why we created the Moonshine Moonshot series. Watch the video, or listen to the podcast, and let us know any tips you learnt – or anything you wished we’d expanded on.

Your feedback will ensure we’re creating the right content and communicating effectively with YOU.

As always, thanks for following along.

PS: The podcast and video counterparts to this blog post were recorded and filmed during Melbourne’s intense three month lockdown in 2020. And Sue said that when she watched the video back, all she could see on her face was her anxiety and frustration for what was going on in the world around her. In fact, she would’ve really liked to put a paper bag over her head, but that would not be effective communication, would it?

Our goal is to WOW you with great tips that help you make great content. The world needs more great content. There’s no shortage of boring videos so avoid the pitfalls by learning how to make engaging videos that make an impact by following this series. In the Moonshine Moonshot series Mike Hill and Sue Collins discuss how to make the impossible possible with weekly episodes diving into new topics. They share loads of tips and info on how to improve your communications and generate results for your projects.

We love questions so please leave them in the comments or on our social platforms.

Your comments, questions and ideas help us understand what you are wanting to know more about. So don’t be shy, we want to hear from you.