How to Distribute Your Film 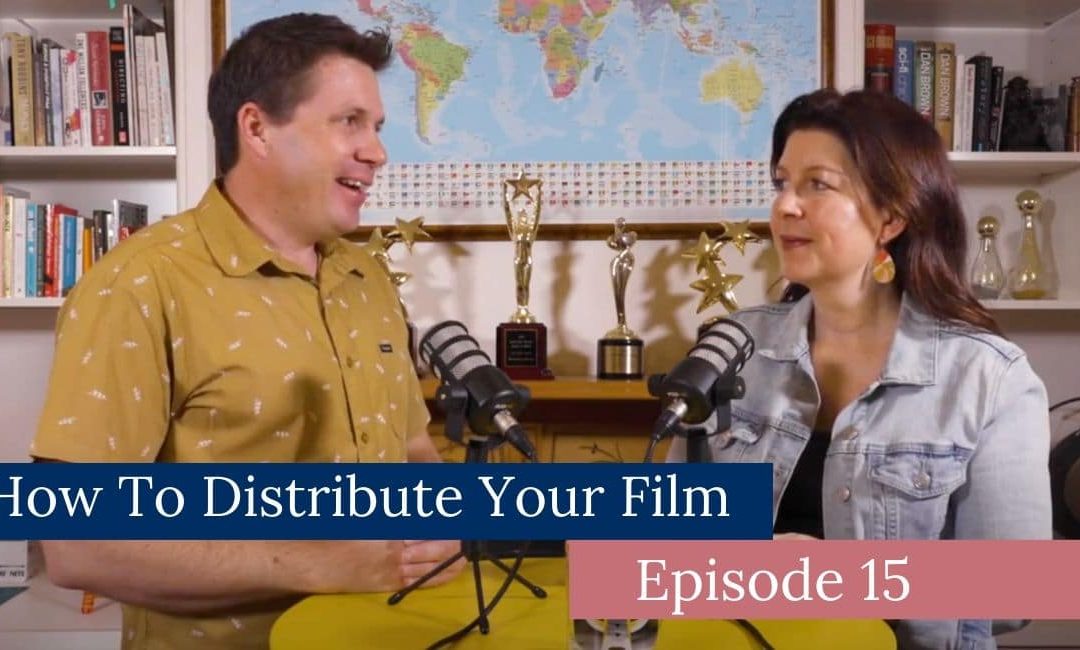 How to distribute your film

Today, there are endless ways to distribute your film and the landscape is constantly changing too.

How we released films 10 years ago is almost nothing like how we do it now. Long gone are the days where engaging a distributor was the key to getting your ﬁlm out into the world. Are you thinking about a theatrical release? Video on demand? YouTube?  Maybe it’s a combination.

Form there, the challenge is around who will help you distribute your film. Will you do this yourself, or are you considering using a professional distributor?

If your head is spinning, don’t panic. We’re covering all things distribution-related in this week’s episode of the Moonshine Moonshot series.

Firstly, what is film distribution?

In simple terms, film distribution is how you get your project in front of eyeballs. Once you’ve made your film, you want people to actually watch it – right? We thought so.

It can be a complicated mystery at times, which is why it’s so important that you research all your options. Getting your content in front of an audience while also seeing a return on your investment is no easy feat, but it is an essential piece of the filmmaking puzzle.

What’s more, there are now numerous ways to release your film to the general public. Theatres or DVDs are no longer the stock standard choice, but they certainly still are a choice, even if they might sound quaint in the age of streaming sites and video on demand (VOD).

So what are your film distribution options?

The digital age has opened many doors for the filmmakers of today. From Facebook to Netflix and everything in between, distribution has never been more possible.

Below are just a few avenues that you might consider when thinking about how to distribute your film:

Many of these, particularly Cinema on Demand, Hosted Screenings, YouTube and Social

Media can easily be set up by without the assistance of a third-party.

Which brings us to our next point of discussion….

Two decades ago, any film longer than 26 minutes was released through cinemas or TV broadcast. And a distributor would most likely broker these deals.

A distributor will let you know how and when your film should be released. Plus, they have the right industry contacts – their job is all about ensuring that your film gets in front of an appropriate audience.

The deals a distributor negotiates will usually cover the release period, promotional efforts, classification and any potential edits.

So if you do decide to bring a distributor into the mix, just make sure you are aware of what you’re agreeing to before you sign a contract.

Of course, now it is far more common for a filmmaker to consider distributing content directly. Having control over where your film is shown can bring enormous benefits to not only you as the filmmaker but to your audience as well.

Social media platforms offer a quick, easy and inexpensive way to share video content with a wide and far reaching audience. However, they can lack the prestige (and possible profits) that more traditional distribution choices might promise, like a theatrical release.

But a theatrical release will usually be much better handled by a distributor, unless you have good contacts to set it up yourself.

The big question remains: should you commit to a distributor or cut them out and do it all yourself?

This really all comes down to you, your hopes for your film and your budget. Where are your audience and what are your goals?  Are you planning a broad release to get it in front of as many people as possible or is there a specific group you are trying to target?

Are you trying to recoup your budget? Make a profit? Or is it about establishing yourself in the industry and enabling your next project?

These are a just few things to keep front of mind when thinking about how to distribute your film.

How we distributed our first impact film

When we created our first impact film project Life Before Death in 2010, we wanted to secure a broadcast release.

But because the documentary centres on a particularly challenging topic – palliative care and pain relief – we knew it would be difficult to have the project commissioned by a commercial network.

Life Before Death is also an impact film, meaning it is very much designed to inform audiences, educate viewers and encourage them to take action.

After liaising with several broadcasters and distributors to get the film into the world, we quickly realised that it was not fit for a traditional path. Even though, ironically, it actually has been picked up by a number of different distributors and broadcasters over the years.

What we did end up doing was releasing a few thousand copies of Life Before Death on DVD (please remember, this was 11 years ago).

We also gave the option to organisations and community groups to host a screening of the film. To date, there have been more than 350 screenings in 60+ countries.

Still undecided? Listen to our podcast

There are many things to consider when it comes to distributing your film. Which is why we’re breaking it down in the latest episode of the Moonshine Moonshot series.

You can watch the episode or listen to the podcast version. And please get in touch with any questions you have.

And all you podcast lovers- please subscribe and leave us a review. It really does help us to produce more shows.
We look forward to hearing from you!