We create social inclusion videos for companies large and small. Our video production services helps clients across Australia and the world. We are committed to improving the terms on which individuals and groups take part in society—improving the ability, opportunity, and dignity of those disadvantaged on the basis of their identity. If you’re looking to share your social inclusion messages, you’ve come to the right please. Please get in touch for a free consultation to explore the possibilities.

Moonshine Agency worked with the West Gate Tunnel Project to produce a series of social inclusion videos that highlighted the project’s commitment to diversity in the workforce.

A series of a dozen short films were made to highlight the project’s commitment to creating work opportunities for First Australians, people with disabilities, women in construction, asylum seekers, refugees, and skilled migrants.

This film tells the story of Ibrahim, an early-career engineer and asylum seeker from Syria who has found employment in Australia thanks to the social inclusion program.

This short films demonstrates how new opportunities are being created for Aboriginal Australian construction workers on the project through partnerships with aboriginal businesses.

This short film tells the story of Bassam, a highly-skilled Egyptian engineer who has found his dream job on this Victorian Big Build and how it’s transforming his life.

The series of short films below, Common Ground are about homelessness in Canberra. Importantly, they helped to raise the necessary awareness and funds to build Canberra’s first affordable, safe housing development for the formerly homeless.

These films had multiple screenings in Canberra including at Parliament House. Also, the project attracted philanthropic and Government funding of over $20 million. The videos attracted thousands of views online and featured in mass media coverage around the launch of the campaign.

In our national capital, homelessness is increasing at an alarming rate.

The mission of Common Ground is to end homelessness in Canberra by developing permanent, high quality, supportive, safe housing for our most vulnerable homeless people.

In the capital city of our Commonwealth – our political community founded for the common good – homelessness is growing at a concerning rate.

When you tell your story, you can change the world. It makes sense to let your audience know about the amazing pro-social work you do. Because it will inspire them to join you. Hence, we’re proud to have produced over 2500 videos in the past ten years communicating the vision, mission and values of our clients.

Furthermore, two of our long-form video projects Take Heart and Little Stars have been internationally recognised. They’ve both had nominations for the Japan Prize in Educational Media. Also, many of our other short films have won multiple awards. You can visit the Awards page here.

Rheumatic Heart Disease, or RHD, is a largely invisible disease that threatens the lives of over 30 million children and young people around the world.

The developing world represents over eighty percent of the world’s population. People living in these countries typically die younger, have less education and money.

In addition to making social inclusion videos for the West Gate Tunnel Project, Moonshine Agency also produced a series of social procurment videos to demonstrate how the project was working with its sub-contractors like Goal Indigenous Services, Outlook Environmental and Haulaway to make a social impact.

This short film tells the story of how a partnership between Haulaway and Outlook Environmental is creating both environmental benefits and employment opportunities to workers with disabilities and refugees.

This social procurement video showcases how the project is working with the Asylum Seeker Resource Centre to create opportunities for asylum seekers in Victoria’s construction industry.

This video demonstrates how a major infrastructure project is providing practical support and new opportunities for local businesses in suburbs affected by the major construction works. 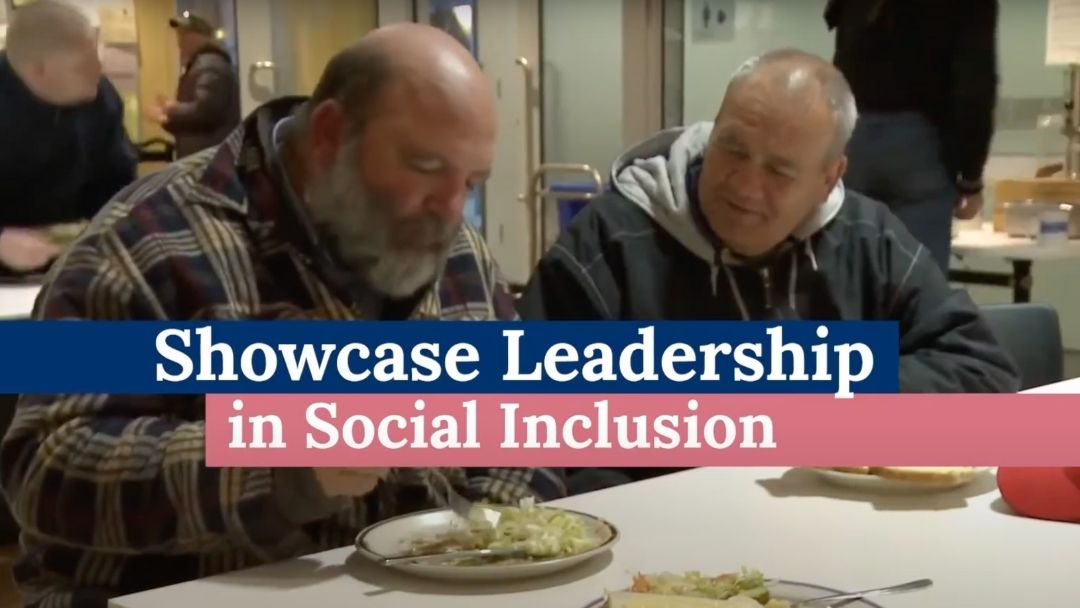